YOU WILL POSSESS YOUR POSSESSION. 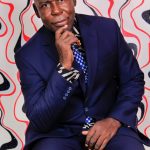 YOU WILL POSSESS YOUR POSSESSION.

INTRODUCTION:
Mount Zion meaning-the city of David.
where he was born Bethlehem latter call Jerusalem.
The place David fourth the last Battle and God granted him victory.
According to Bible history, when a man fight a battle and won the city would be name after him.
Its the Mercy of God that transform one to possess his possession.

*EXAMPLE OF MEN WHO ENJOYED MERCY OF GOD IN THE BIBLE.

1. Jabez obtained mercy of God and his story change. 1chronicle 4:9

2. Mephiboshet obtained mercy and David granted him favour before the palace. 2samuel 9:1-7

3. Joseph received mercy from above and he became prime minister of Egypt. Genesis 37:50

6. The born bartimaeus obtained mercy from Jesus and he received his sight. Mark 10:46-52

8. The daughter of jarius enjoyed the Mercy of God and she came an to life. Luke 8:40

By the Mercy of the lord. Whatever they had been stoning in your life shall be restored back to you and you shall posses your possession. Brethren, mercy of God is Divine preservation without one errors or mistake.

← EVIDENCE OF HIS GLORY GOD OF JEHOSHAPHAT →