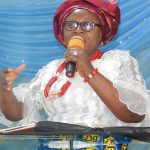 TEXT: 1 CHRONICLES 4:9-10
Definition: To enlarge means to become large or more exclusive, to grow big and to expand. etc.
Introduction
Whatever the situation we find ourselves, it may be due to what we agreed to be or what we confess with our mouth or our belief, faith, etc.
Whenever condition one may find himself/herself in life. When one prays, solution will come.
I Jabez and his condition
Jabez Birth.
Jabez name.
Jabez condition.
II Jabez discovers himself
He was no more satisfied with his condition.
The situation around him is not suitable for him.
He discovers that he is not in the rightful position he is supposed to be.
He discovers that he was a laughing stock of the community ties.
People use him as negative reference in the society.
His seat was not placed at the gate where men sit to discuss (proverbs 31:23)
When he talks, people never noticed him or listen to his opinion.
III He Overcomes Reproach
He recognised who to turn to [GOD]
He cried to GOD (Joel 2:32; Acts 2:4)
He was sure of what he wants (Jeremiah 29:11)
He prayed for enlargement of his coast (Saul was anointed and make a king in the midst of the prophets, he prophesied and made him to be known by people and rule 10 tribes of Israel)
Jabez also prays for God’s hand to be upon him for protection, security, to preserve and to guide him (Isaiah 41:13)
He also prayed against the Evil that blessing attract.
CONCLUSION
God granted Jabez’s requests as a believer. God has promised us that when we ask anything in his name, He will do it.
Why don’t you ask him for protection, Blessing and Enlargement of coast and his hand to be upon you, and that He should not allow any evil plan of the devil to come near you in Jesus name {Amen}.
← IT IS YOUR TURN WHAT IS YOUR TRACK RECORD? →